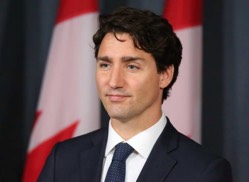 The money is earmarked for sex education, increasing access to abortion, and contraception, according to Canadian Press.

Trudeau said this will double the existing funding for “sexual and reproductive health,” according to CTV’s Laura Payton.

“We are horrified by our government’s decision to spend more than half a billion dollars on spreading abortion across the world,” said Johanne Brownrigg, public affairs director for Campaign Life Coalition.

“Our nation, under Trudeau, has now become one of the world’s top exporters of abortion and sterilization. I guess Trudeau’s admiration for China’s dictatorship and horrific family planning programs are now shaping Canada’s foreign policy.”

“Sexual and reproductive health and rights” is an “umbrella term for abortion on demand, radical sexual education programs, and mass sterilization in countries in the developing world,” said Matthew Wojciechowski, spokesperson for Campaign Life Coalition.

“The Liberal government’s misplaced priorities is a clear sign that Trudeau wants to secure his UN seat on the backs of aborted children and vulnerable women in impoverished regions,” he added.

“If this news wasn’t devastating enough, the silence from the Conservative Party leadership is just as sickening,” Wojciechowski said.

“I urge the official opposition to speak out against this, on both ethical and fiscal grounds. This is a complete abuse of Canadian tax-dollars.”

CLC is calling on its supporters to contact their MPs urging them “to put an end to this abuse of power.”