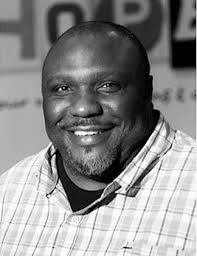 Christian Concern co-founder Pastor Ade Omooba will today (14 MAR) receive his MBE at Buckingham Palace. Pastor Omooba was awarded an MBE (Member of the Most Excellent Order of the British Empire) for voluntary service in the Queen’s New Year Honours List 2019.

“I look at all of the social projects we have done, all that we have accomplished, and then realise how it could easily all be, as it were, demeaned, destroyed, pulled down, unappreciated because of public policy.

“I believe it is befitting that Christian Concern stands there in the first paragraph of the citation alongside having been a social entrepreneur for almost 30 years now.

“I strive daily in life to be a personification of ‘Modest But Excellent’ (MBE) and that’s what the award means to me. The Queen honouring me in this way simply humbles me and encourages me to remain relentless in my pursuit of Modesty But Excellence.”

Along with Andrea Minichiello Williams, Pastor Omooba co-founded Christian Concern, which has recently celebrated ten years of advocating for Jesus at the heart of society. Through its support of legal cases, its campaign work and by educating the Church, Christian Concern seeks to see communities flourish by recognising the value of God’s design for human society.

In particular, Christian Concern focuses on four areas: the protection of life, from the point of conception to natural death; the freedom of Christians to follow Jesus in every area of their lives; the goodness of God’s design for marriage and family; and the importance of Christian foundations for society, over and against alternative frameworks.

“It is entirely fitting that Pastor Ade is being recognised for his many years of serving people and communities, motivated by his love for God. Despite our very different backgrounds, Ade and I share the same heartbeat – to see the love, justice, truth, freedom and hope of Jesus at the heart of society. We pray that the UK Church will rediscover its confidence in the goodness of God and be courageous in speaking of Christ.

Today, we share in Pastor Ade’s joy and pray that God will sustain us until the day we hear, ‘Well done, good and faithful servant’.”