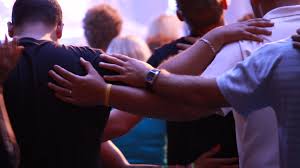 Church leaders are asking Christians to pray for Boris Johnson after he was moved to intensive care as he continues to receive treatment for coronavirus.

The Archbishop of Canterbury, Justin Welby, said on Twitter: “The news that our Prime Minister has been moved to intensive care deepens our compassion for all who are seriously ill and for those caring for them. I invite all people of faith to join me in praying for Boris Johnson and his loved ones.”

The British Prime Minister, 55, was moved to the ICU at St Thomas’ Hospital in London on Monday night after a deterioration in his condition.

He was experiencing breathing difficulties and has been given oxygen.

Cardinal Vincent Nichols, head of the Catholic Church in England and Wales, has also asked people to pray for Mr Johnson.

“Prime Minister Boris Johnson has a personal fight on his hands against the vicious coronavirus and needs our prayers. Let us pray for him, all who are suffering and our NHS workers caring for them,” he wrote on Twitter.

Cabinet Minister Michael Gove told BBC Breakfast that his “hopes and prayers” were with the Prime Minister and that he was getting the “best care”.

“As we speak the PM is in intensive care being looked after by his medical team receiving the very, very best care from the team in St Thomas’s and our hopes and prayers are with him and with his family,” he said.

Mr Johnson has asked Foreign Secretary Dominic Raab to deputise for him while he continues to receive treatment.

US President Donald Trump was among the world leaders sending his well-wishes to Mr Johnson. He said during his media briefing on Monday that “Americans are all praying for his recovery”.

He called Mr Johnson “a friend” to the US, and “something very special” and “strong”.