The problem is not that Christians get angry and upset about issues of morality. The problem is that we expend all our energies getting angry and upset about the wrong ones. One group of us pickets film chains that choose not to screen a movie that backs our worldview; while another group protests at cinemas screening a film that doesn’t. We exhaust millions of years of online conversation on discussing the rights and wrongs of other people’s sexual behaviours. 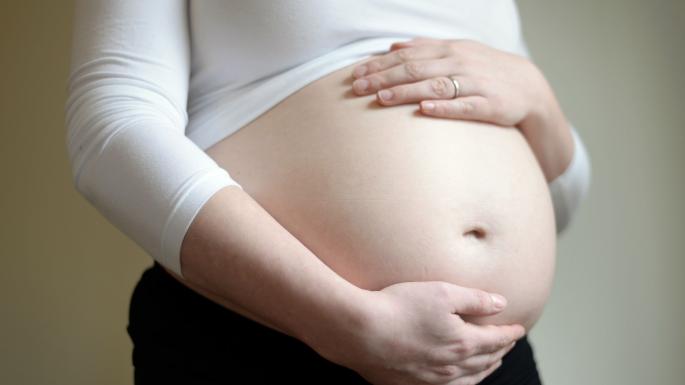 As a result, these issues and our obsession with them become the thing that we are known for. Not our passion for following and proclaiming Jesus; not the thrilling, inviting Kingdom of love and justice that we’re meant to be a part of. Largely, modern Christians are famous for being homophobic, sexually repressed, and perhaps most chillingly of all, pro-Trump. How did these become the internationally-recognised emblems of our faith?

Rant over. Because last weekend, Christians were reported for getting upset about something of truly profound importance. At the dear old Church of England Synod – on the face of it the last place that you might expect earth-shattering profundity – the issue of pre-natal testing for Down’s Syndrome was passionately discussed. Perhaps that doesn’t even sound like the most important debate to have taken place at Synod, but I can assure you that it was. Because this discussion gets to the very heart of what it means to be human, and indeed to follow Jesus in fighting for those who cannot fight for themselves.

The trigger for the discussion was the proposed national roll-out of a new non-invasive blood test which screens for the likelihood of Down’s during pregnancy. At present, women are offered a test with a small but significant risk of miscarriage; enough to prevent many from taking it. An estimated 90% of those that do take the test and receive a positive result, choose to terminate the pregnancy – often allegedly under significant pressure from medical staff. The new test will carry a negligible risk to the pregnancy, and is therefore likely to increase the number of Down’s Syndrome diagnoses – and abortions – in the UK.

Other nations such as Iceland already have a near-100 per cent abortion rate for Down’s foetuses, due to a mix of improved testing and cultural pressure. Those who spoke at last weekend’s Synod meeting fear that a similar statistic might soon apply in the UK. The actress Sally Phillips, whose son has Down’s Syndrome, told a group of Synod members that a pregnant friend of hers had been ‘rung nine times during her pregnancy to be offered and offered and offered a termination in case she changed her mind.’ Down’s is seen in medical terms as a sickness to be eradicated.

Except that the only way to kill Down’s Syndrome is to kill the person who has it. Now, let’s be clear: this isn’t about the rights and wrongs of abortion per se, although many Christians rightly feel extremely passionate about that, related issue. This is about a decision that is being made within our culture that suggests a Down’s Syndrome life isn’t worth living. That in some way, a child born with Down’s is less than human. We should of course not underestimate the enormous impact on any parent’s life of raising a child with additional needs, but have we somehow conflated serious inconvenience with total unviability? A person with Down’s can build relationships and fall in love, get and hold down a job; in some cases live into their 70s. How exactly is that person less than human – an aberration to be screened out?

At the very start of the Bible we read that God made humanity in his own image. That is to say that we – every single one of us – somehow bear the image of our creator. There’s no sub-clause in there about people born with an extra chromosome. Elsewhere, we’re variously implored that as children of that God, our job is to speak up for and defend the defenceless. It doesn’t take an expert theologian to figure out where Christians should be on this debate. Which is why it was great to not only see Synod talking about the test, but to see the media reporting it. For once, our voice is being amplified on an issue of profound importance.

Because let’s revisit those numbers again. They are nothing short of horrific. Only one in ten babies survive the Down’s screening test. They’re presented as bad news, and most of them are culled at that point; a pregnancy gone wrong. The few who go on to be born are a tiny minority, heavily stigmatised and in many cases subjected to horrible abuse. Just imagine if 100% of those babies were allowed to survive. The world would look like a very different place, enlightened by a much higher frequency of people with Down’s Syndrome. They’d be a normal feature of everyday life, not an abnormality. Most of us would probably work with, or live in the same street as, or be friends with a person with Down’s Syndrome. And wouldn’t that be a closer reflection of the Kingdom of God?

The Synod discussion is a good start, but this needs to be something that every Christian is informed, passionate… and dare I say angry about. Some have actually termed what is happening every day in abortion clinics and hospitals around this country a secret, legal genocide, as thousands of lives are never allowed to happen on the basis of their unfavourable genetics. The new measures will only increase the scale of this horrific injustice, and open the door to a whole range of eugenic justifications for termination. He gets invoked an awful lot around issues of justice, but this feels like a Wilberforce moment. Are we really going to stand by and watch as our society redefines morality to allow the near extinction of a whole people group? Yes, it might be relatively easy for me to write all this as a person with four children who don’t have Down’s Syndrome, but it can’t only be left to those who are directly affected to speak up and campaign. No person who claims to follow Jesus has the liberty of ignoring this any longer.

So what can we actually do? Getting properly informed is the first step, but merely being well-read on issues of justice is only a mark of modern slacktivism. There are campaigns to join, most notably Don’t Screen Us Out, and petitions to sign. You can write to your MP and ask them – as a minimum – to ensure that test results are presented without bias, rather than as a negative finding or ‘abnormality.’ Evil prevails in silence, and in a democracy our voices are our greatest weapons against it. It’s not enough to feel angry.

There’s a photo and a little story doing the internet viral rounds at the moment, about Pope Francis being interrupted mid-preach by a little girl with Down’s Syndrome. Apparently as she got up from her seat and approached him during a papal audience, security guards stepped in to take her back to her seat. But before they could, the Pope stopped his address and invited her ‘come sit next to me’. The girl sat next to him, and Francis continued his preach, all the while holding hands with the little girl. I can’t imagine a more profound or prophetic illustration of God’s perspective on Down’s Syndrome, or of how ours should and must look too.