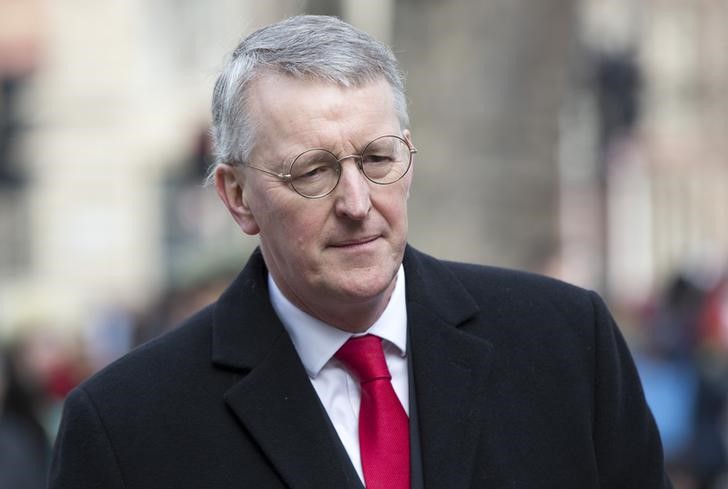 Hilary Benn, one of the key Members of Parliament in the Brexit process, has told a meeting of Christians in Westminster that he understands why many of his constituents voted to leave the EU. Benn said leave voters wanted to ‘send us a message using the power of the ballot box. We didn’t think you were listening to us – you’re listening now, aren’t you?’

Benn said: ‘There are some of my constituents who would never dream of voting in a general election… but they turned out to vote in the referendum.’ His father, Tony Benn, was a prominent campaigner against the EU, but Benn Junior voted to Remain.

The Chair of the Select Committee for Leaving the European Union, was speaking at Christians on the Left’s annual Tawney Dialogue at Methodist Central Hall, Westminster. He reflected on what needs to be done to bring together communities which voted leave and remain. ‘We have to commit to change at home,’ he said. ‘We must do something to address the winter of political discontent. If we do not do so, it is not just Europe that is at risk, it is the United Kingdom.’

Picking up on the Archbishop of Canterbury’s theme of ‘good disagreement’ Benn said, ‘Brexit is an example of us not disagreeing well. If we are to unite our divided country we have to answer the central question… “How can we reconcile the need for cooperation for economic betterment with the innate thirst for self-determination?”

Benn, a former Minister and Shadow Minister who left the front bench over disagreements with Labour Leader Jeremy Corbyn, raised the spectre of a difficult future ahead. He said of the upcoming debate over the UK’s ties with the EU, ‘Our future relationship with the European Union will be critically important in dangerous and uncertain times in the west and the east – the Kremlin and the White House… We have to be forthright in our defence of internationalism. This is not time to be retreating from what helps to give us security.’

The dialogue also involved Ann Pettifor, the anti-debt campaigner. She called for an end to blaming people who voted leave for the uncertainty, and instead suggested the real problems were caused by those who shared her occupation – economists. ‘The people are not to blame, she argued ‘but the economics profession and their friends in the world’s financial elites are.’

Benn, the MP for Leeds Central, channeled the spirit of RH Tawney, the influential Christian Socialist thinker, saying of Brexit: ‘The certainties of one age are the problems of the next.’

The annual Tawney Dialogue brings together Christians in the Labour Party to hear from politicians and thinkers on the left of British politics. There are similar events held by the Christian groups within the Conservatives and Liberal Democrats.

The director of Christians on the Left, Andy Flannagan, agreed with Benn that Brexit has shown the divide that exists within leave and remain voters in the UK. ‘There is a cultural chasm – never the twain shall meet – on social media we are talking to ourselves. How can we come together if we never meet?’ he asked.

His answer? ‘To expand the number of Christians and churches engaging with local and national politics. I’m reassured that we have set the right course. This fracture is occurring but that’s why we’re passionate about policy discussions, grassroots organisations, fleshing out our beliefs in our lifestyle.’

Although elements of the Labour Party seem opposed to Christian faith, Flannagan said Christians need to remember the history they have, ‘We are a bastion of the history of this party’ he says ‘the Methodists, the Catholics, the evangelicals… The Labour Party mustn’t become a hollowed out liberal metropolitan party.’

He closed by suggesting Christians are becoming more and more politically aware and involved. ‘People are getting political,’ he proclaimed, ‘but we’re only seeing the tip of the iceberg. We need to get ready for a landslide of people coming our way.’