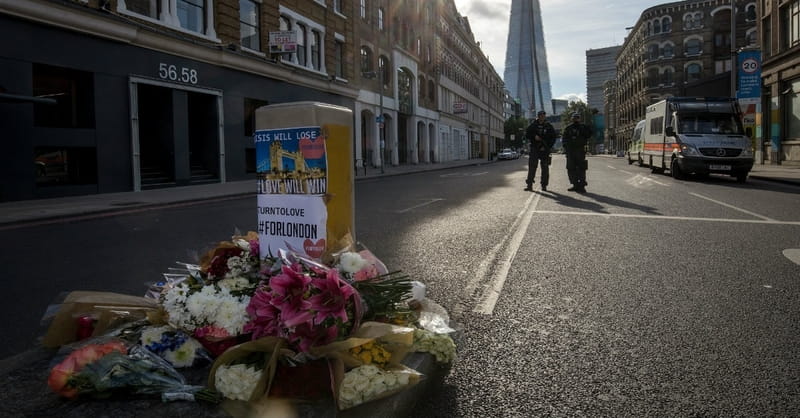 Police have reportedly identified the suspects in the London Bridge terror attack which killed seven people. The Islamic State has claimed responsibility for the attack.

The attack occurred late Saturday night when suspects drove a van into pedestrians on London Bridge. They then exited the vehicle and continued to attack people in London’s Borough Market with knives. Seven people died in the attack and 48 others were injured.

According to CNN.com, police have detained 11 suspects in connection with the attack. They have also identified the three assailants, although they have yet to reveal their names.

The three attackers were shot and killed by police who responded to the call for help. Police reportedly fired at the suspects repeatedly to make sure they were taken out. The men were wearing suicide belts which were later discovered to be fake, but initially caused an increased urgency for police action.

The Islamic State claimed responsibility for the attack. A statement in the terrorist group’s Amaq News Agency read, “Security source to Amaq Agency: A detachment of Islamic State fighters carried out the London attacks yesterday.”

Mark Rowley, a senior officer in London’s Metropolitan Police Service, said the investigation is underway: “Work is ongoing to understand more about them, about their connections and about whether they were assisted or supported by anyone else.”

Officials are also on high alert for future attacks. This was the third attack in the UK in three months’ time.