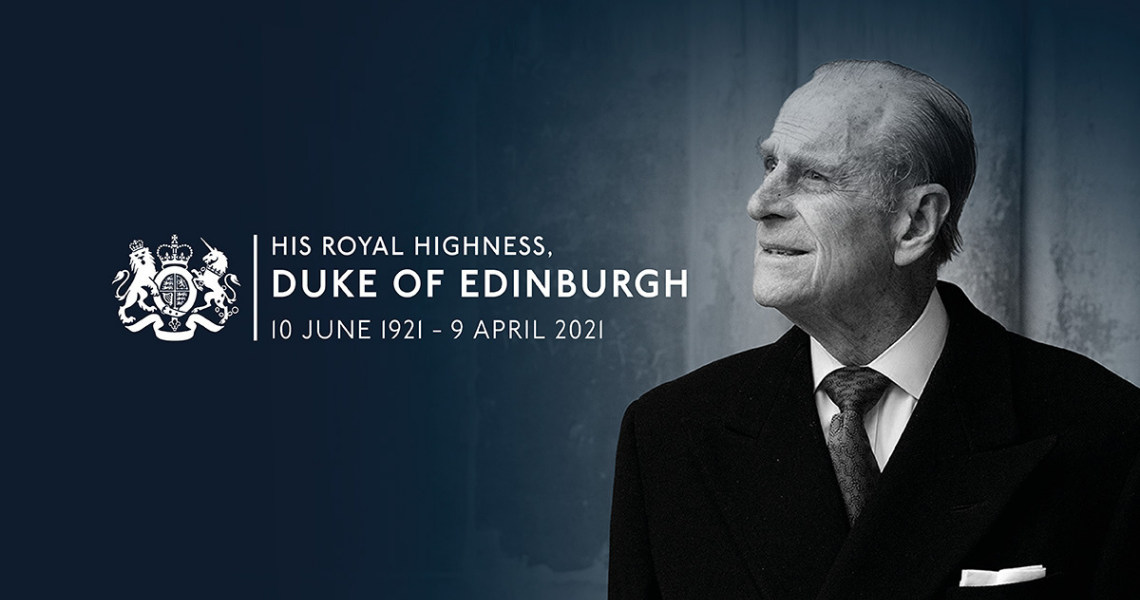 The Queen and royal family were in mourning as condolences and tributes flooded in from across the globe following the announcement of the death of the Duke of Edinburgh, aged 99.

Flags were lowered to half-mast and the tenor bell at Westminster Abbey tolled 99 times in honour of Prince Philip, the Queen’s “strength and stay” for 73 years, who died peacefully at Windsor Castle on Friday morning. He was the longest-serving consort in British history and two months away from his 100th birthday.

As a mark of respect, political parties paused campaigning ahead of May’s elections and the House of Commons announced it would be recalled one day early on Monday for formal tributes to be paid. TV channels cancelled scheduled programming to run tribute coverage as news of his death made headlines worldwide.

A statement from Buckingham Palace, issued at midday, said: “It is with deep sorrow that Her Majesty the Queen announces the death of her beloved husband, His Royal Highness the Prince Philip, Duke of Edinburgh.

“His Royal Highness passed away peacefully this morning at Windsor Castle. Further announcements will be made in due course. The royal family join with people around the world in mourning his loss.”

The Prince of Wales visited his mother, the Queen, during Friday afternoon, travelling from his Gloucestershire home to Windsor Castle, sources have said.

Funeral details are being finalised but the coronavirus pandemic means original funeral plans – codenamed Forth Bridge – must be hastily adapted. No 10 and Buckingham Palace are in consultation. Government officials said there would be eight days of national mourning until the morning of the funeral, making it likely to fall on Saturday, but later removed the statement.

Organisers are said to be “desperately anxious” not to stage anything that attracts mass gatherings. Restrictions will mean public elements of the final farewell are not able to take place in their original form.

Planned processions in London and Windsor, where the funeral service is expected to take place at St George’s Chapel, Windsor Castle, are unlikely to go ahead. Government rules state no more than 30 people can attend a funeral. Up to 800 people, including world and Commonwealth leaders, senior politicians and representatives from the duke’s many patronages, would originally have been expected to attend.

It is thought the Duke of Sussex, who lives in the US, is likely to be among the small number of mourners who will be present, though it is not known if Meghan, who is pregnant, will join him. The couple paid tribute to Philip on their Archewell website on Friday, which switched to a memorial page. It read simply: “In loving memory of His Royal Highness the Duke of Edinburgh 1921-2021. Thank you for your service … You will be greatly missed.”

News Article by The Guardian